Onsen (温泉, 湯 or simply ゆ) is the embodiment of the japanese bathing culture. Translated it simply means „hot spring“. It is a term, for that many website are available that are much better than this one. But this blog about Japan is not complete without its own version …

Because of all these active vulcanos, Japan is covered with hot water springs. They are everywhere. My first contact with them was on my first trip in 2004 outside a city called Naruko. There was a spring in the middle of the forest. I burned my fingers. The water came out of the stone boiling. This area is called „cold hell“.

Also in 2004 I was in Yudanaka. A small town one hour outside of Nagano. I booked the Ryokan by accident as a compromise between Nagano and the mountain area. The place was more famous than I knew that time. Do you know the bathing monkeys? They live in Yudanaka. Right next to Yudanaka is a town called Shibu Onsen (I really need to scan the slides I took in 2004). This place has 9 „public onsen“ and nice narrow streets and old houses. 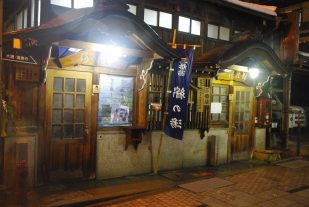 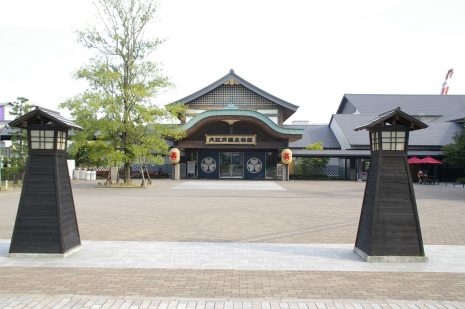 Most people in Europe think about tiny bath houses in Tokyo and Kyoto when they hear the word Onsen. But these are called Sento (銭湯). For Japanese a onsen is a bath house with hot water from a natural hot spring. But I must admit, I still working on the details. If you are in Tokyo should visit Oedo Onsen. It is located in Odaiba an is really relaxing. But if I am correct, it is a Sento, but like I said, I don’t know for sure.

Many ryokan are advertising that they have an onsen. If so, you should reduce your expectations. In the most situations this onsen are nothing more than a big bath room for many people. But who cares. You were not in Japan, if you never went to an onsen. If there is a wooden tub made of cedar and the essential smell of the wet hot wood is filling the are, that moment is close to be a perfect moment.

Onsen are thermal hot springs that are said to have a healing effect. There are whole town built around a single hot spring that are living be tourism, mostly older people. But there are young Japanese too. There not theere for the medical effect but more for the relaxing effect of the onsen.

How do you recognize a real onsen?

(I) In a real onsen you will find an official paper of a water analysis. An minerals that are in the water, are listed. And yes, there is also acid sulfur. At all onsen you will recognize the smell of sulfur. Don’t stay to long in the water or you will smell the same. Just stay a few minutes and rinse off the water afterwards. This something you can spend the whole with.

(II) Japanese also have a method to check out the quailty of an onsen, specially in hotels: „Check where the water is going“. Every onsen has a permantent inflow of hot water. So there also water running over the edge of the tub. In Shibu Onsen this water is running down the floor, out to the street and down to the river. That is a good onsen. The less good onsen collect the water seperate from the water in the showers. It is not for sure but they may(!) recycle the water; heat it up and out it back into the tub. Japanese called this kind a Ryokan-Onsen. If you find this disgusting, think about that: What do you think hot tubs in the western world do?<

(III) If the water is crystal clear, get sceptical. Usually even the clearest hot spring have a color because of all the minerals. It shouldn’t look like tap water. There are also onsen with opaque, sometimes even look like mud. 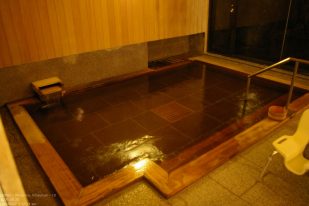 No way! In fact, you don’t want to know the pH value. In 2013 I was in Kusatsu Onsen. This place is conneted to Bietigheim-Bissingen (tiny town in South Germany). A doctor form there was checking the medical effects of onsen. He also measured the pH value. Kusatsu has a 2,4. That is not that far away from battery acid. Nails made of plain steel dissolve completely within two weeks. The even have a factory at the end of the village where the collect the onsen water in neutralize it before releasing it into the river.

The very acid water is the reason why your skin is so smooth after bath. The dead dry skin is etched away. But don’t worry. The body can withstand acid very well.

More on the next page …