Sometimes in July and August you can see NLC in Lübeck. These are clouds in the higher atmosphere, that are illuminated by sunlight. Even at night. They are very high, so that that shadow of the earth doesn’t hit them. On the picture you can see a color change at the top of the clouds. This is the beginning of the earth shadow.

NLC stands for noctilucent clounds. They are located in the mesophere (76-85 km high). For comparsion: an airplane is flying at 10 km, and Felix Baumgartners mindblowing jump was from 36 km height. He need a space suit because there was no atmosphere left to breath. And this was only half way to the NLC clouds.

NLC are not fully understood now. We don’t know when and how they appear. There is no water in the mesophere. The air in the sahara desert contains 100 million times more water. But they are there and they are amazing. The move and change shape. They are rare. In Lübeck auroras borealis are usally not visible. NLC are a good substitute.

Another benefit of the geographic position of Lübeck is something, that in scandinavia is called midsummer. We do not have a sun above the horizont at night. But the sun is also not very deep below the horizont line. So the sky is not dark either. And in the north it is not blue. It shows colors we know from sunset. Dusk is changing to dawn without real night.

The picture above shows the 5 churches of Lübeck at midnight on June 21st. Churches are usually built in east-west-direction with the tower in the west. As you can see, the camera is facing north. 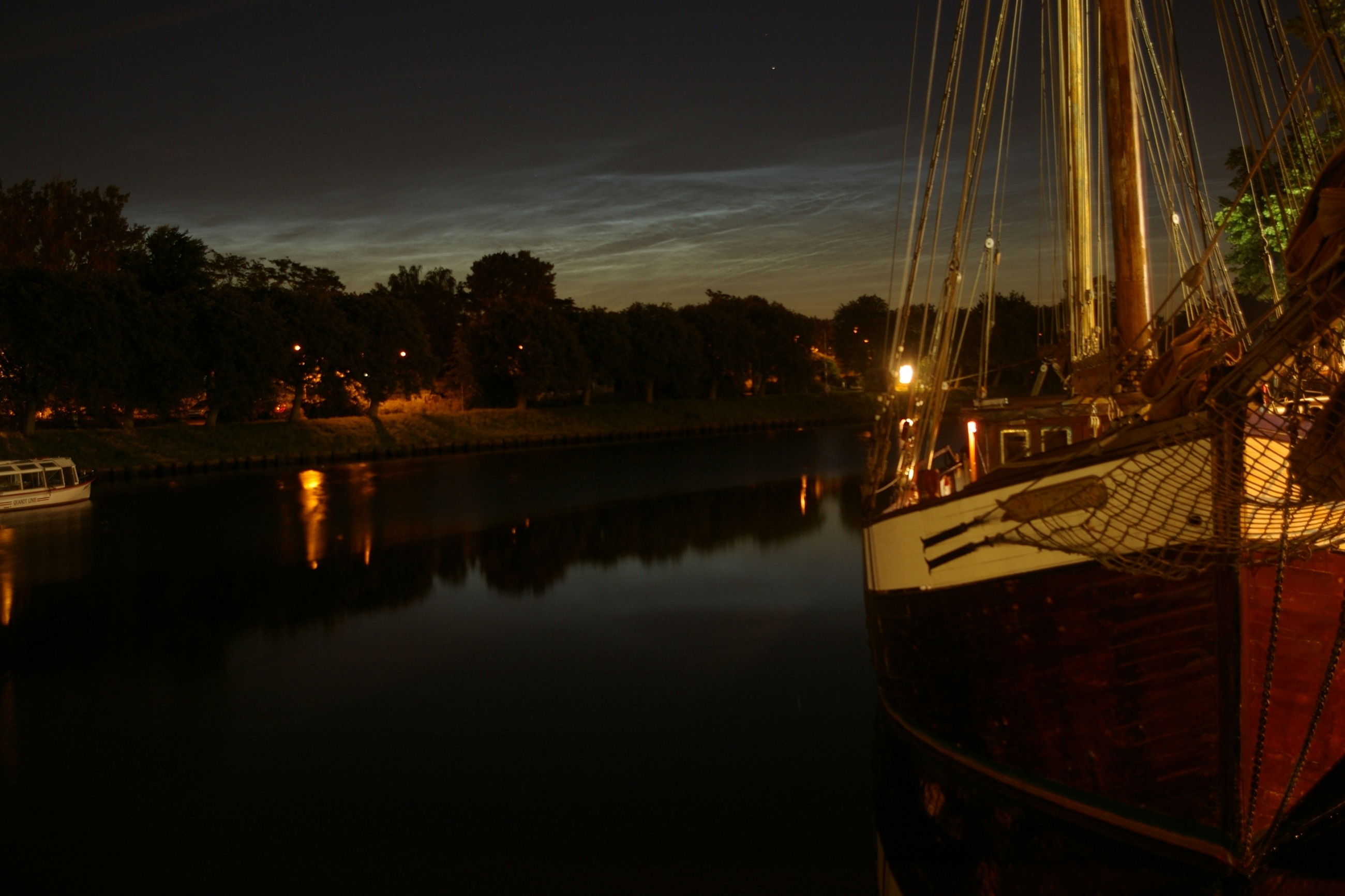 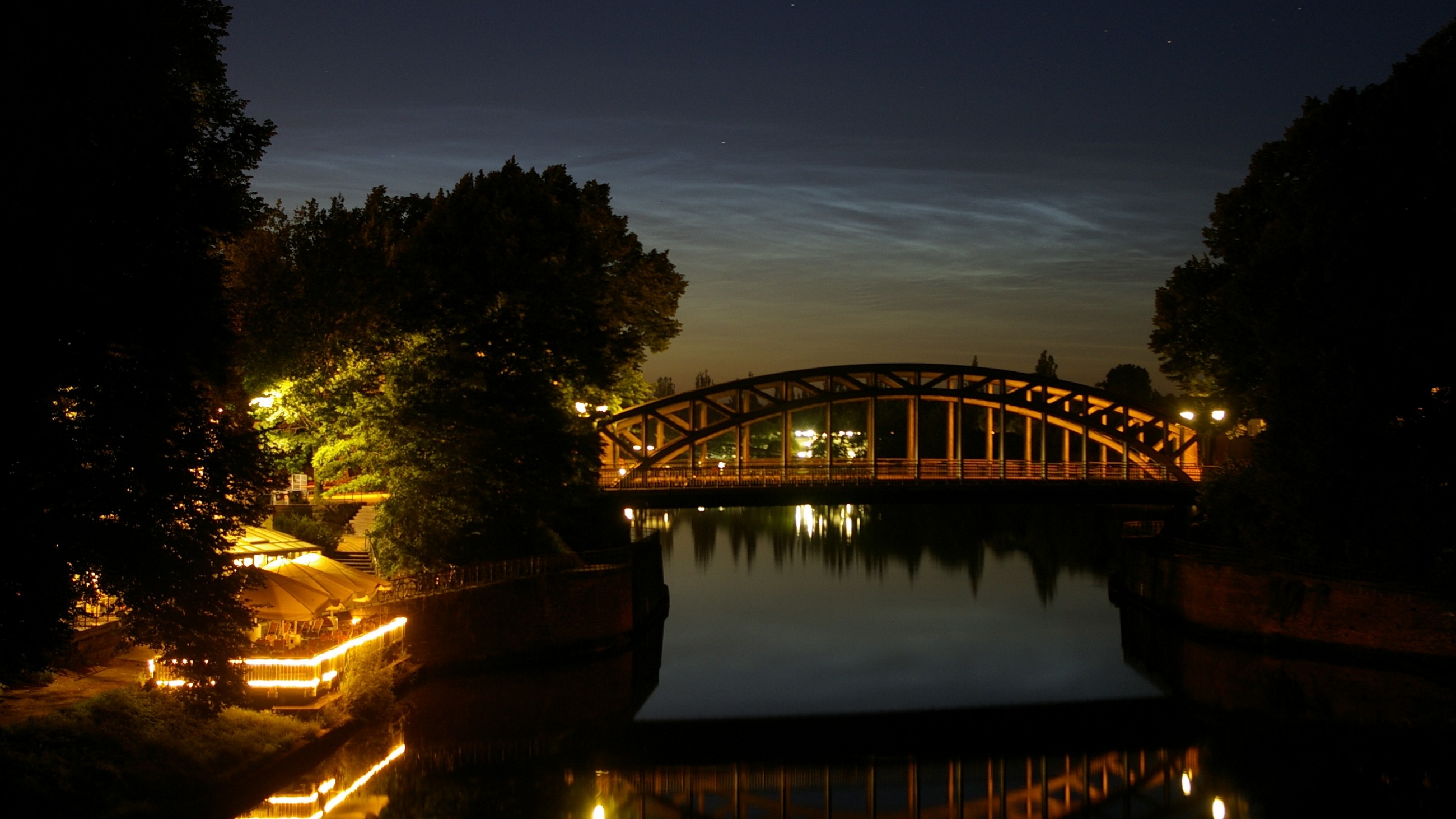 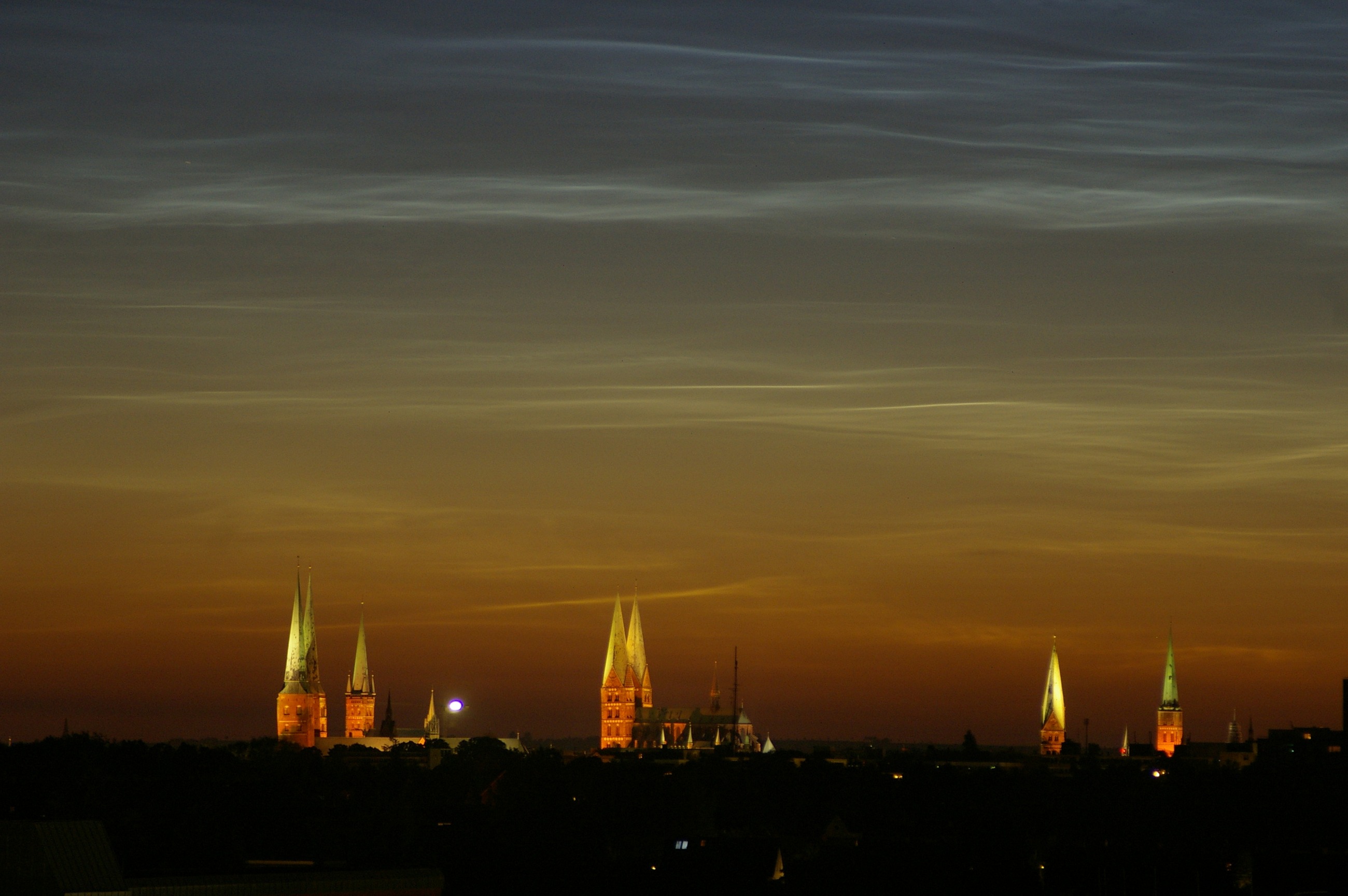 Luebeck at midnight on June 21st